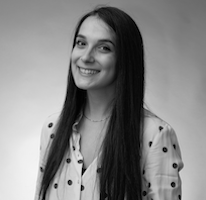 We know: Italian can be tricky. If you’re learning, going from theory to practice can be extremely difficult, especially for English speakers. No to worry — everyone can make it with a bit of effort. Here are six Italian TV series and films on Netflix to practice the language and reach a pro level while having fun. Bravo!

In Italy, coffee is more than just a drink: it’s a symbol of togetherness, a moment of pleasure, a cup of national identity. Even more so in Naples, where coffee is a ritual that everyone has access to. In fact, Neapolitans invented a very peculiar tradition, the ‘caffè sospeso’, where you can pay for a coffee and leave it for those who can’t afford it.

Coffee for All is a documentary that explores the simple gesture of offering a coffee to a complete stranger. By watching it, you can practice your listening skills and get to know Italian traditions that nobody would teach you at school or a language course.

Early 17th century Italy. In a dark forest, a woman cites a spell in Latin, kneeling in front of a reindeer. But look closer: she’s holding the animal’s heart in her hands. Luna Nera is a dark Italian drama on witches and witch trials, mostly written and directed by women.

If you like history and mystery, you’ll enjoy this controversial show and learn new Italian words without even realizing it. No magic here, just practice!

The world-famous novel by Umberto Eco becomes a mini-series. It doesn’t matter if you know the plot already — this thrilling historical mystery, set in an Italian monastery in the year 1327, will keep you glued to the screen.

Just remember to grab a notebook and jot down the most elaborate words so you can impress your Italian teacher at the next class. Yep, you’re welcome.

If you’re looking for a teen drama written and shot in Italy, don’t miss Baby. The series follows two students at an elite high school in Rome who end up selling their bodies in exchange for money. Love, manipulation and friendship are the main ingredients of this show, casting several promising young actors.

Inspired by a true story, Baby is great for practicing spoken Italian and learning new idiomatic expressions you would never learn in a classic Italian course.

Soccer fans, this is for you. First Team: Juventus follows the club throughout the 2017-18 season, engaging with the players on and off the pitch. You will see highlights of some of the best matches of the league, interviews and behind-the-scenes moments from one of the world’s most successful teams.

The documentary is available both in Italian and English, so no cheating! Grab your Dybala t-shirt and pop some corn.

You’ve reached pro level? Test your linguistic skills with the first Italian-language original television series developed for Netflix. Prequel to the film Suburra and inspired by the same-name novel by Giancarlo De Cataldo and Carlo Bonini, this show explores corruption, organized crime, politics and clergy in Rome and Ostia.

Italian is made of many different accents. If you manage to understand them, you can proudly say you know the language!

Go easy on yourself: Rome wasn’t built in a day. If watching an Italian show sounds too hard, try with Italian subtitles. The first episodes may be difficult to understand, but we promise it’ll get easier and easier if you persevere. Absolute beginners can try watching the shows with English subtitles, but don’t settle: push yourself and you will have no trouble ordering gelato on your next Italian holiday. Buona fortuna!

Eugenia is an Italian native copywriter and translator based in Bologna. She specializes in fashion, luxury, marketing, and editorial. Eugenia is passionate about pop culture, literature, and gender studies. When she isn't writing, you might find her at a concert or walking around the city with her little black dog. 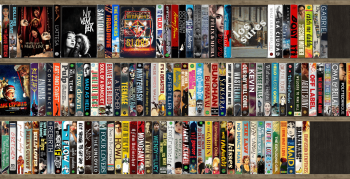 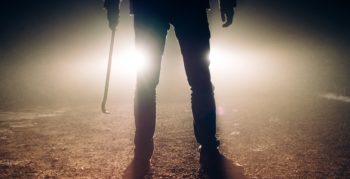 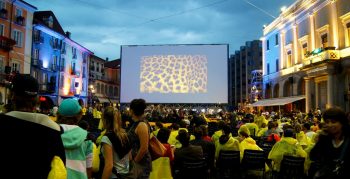