How Chanting Can Elevate Your Yoga and Life to New Heights 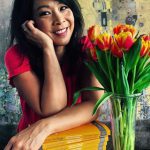 I refused to chant in yoga class … until I had a change of heart. Now, after five years of daily practice, I can say my life has changed for the better as a result. Chanting has reduced my chronic stress, decreased panic attacks, made me happier, and helped me center myself when I’m not even in class.

Chanting can be a controversial topic in yoga, primarily because of its roots in religion. If you’re hesitant, I’d like to offer this: a westernized version of this eastern ritual could have the power to create better citizens of our community, which includes you. Consider chanting not as a feared brainwashing and/or cult phenomenon, but a way to solidify a positive intention or spark inspiration. Perhaps chanting in class is a modern mantra repetition, like saying, “Just do it!” to motivate yourself.

Which chants show up in class, and why you might try them

These three chants show up often in class as a way to tap into the universal theme of a safe, peaceful, and harmonious world:

We check our smartphones 150 times a day, and experts say that leaves us less healthy and less connected to each other as humans. When we chant together in a class, we hear each other and come together as one. A harmonium-led mantra in a group has the added benefit of physical healing through music and positive themes. When done solo (sometimes I chant while driving), chants might remind us, personally, to be kinder toward one another or quickly pull ourselves out of stress.

How I lead chants in my own classes

I try to make chanting as accessible as possible with historical stories often involving mythological characters who provide life hacks, such as not being so hard on yourself. In one class, I combined Sanskrit and English for this chant:

Though religiously formed, there are other interpretations, such as:

Though you may not relate to its origins in Hindu, the message of the chant might help you see yourself as a glorious, virtuous, and strong being, able to rise up to meet your highest self, daily.

Historically, the greater benefits of chanting happen when you repeat a chant 108 times, sometimes with a mala, a string of 108 beads and one “guru” bead to feel each moment and acknowledge even the smallest of shifts.

If you can learn to feel the shift in chanting, perhaps it has deep ramifications for your real life. Pay attention to the routine of daily life (the repetition). Connect with your intentions (the touchpoint of saying it aloud). Be present enough to notice how you can change–you are your own guru, after all. Believe it and soar.

A Beginner’s Guide: Chanting Your Way to Better Health

One Mantra That Helped Me Survive New York City

Christine is a master yoga teacher, wellness coach, and author of best-seller Happy-Go-Yoga. She lives in the Bay Area and Seattle with her husband and mini goldendoodle, who does down dog at least a dozen times a day. www.christinechenyoga.com | Instagram: ChristineChenYoga 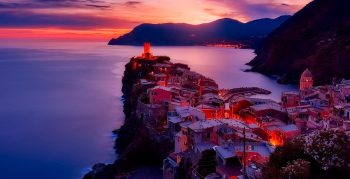 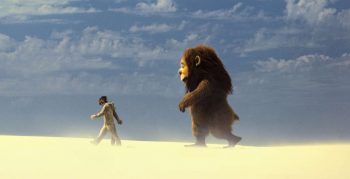 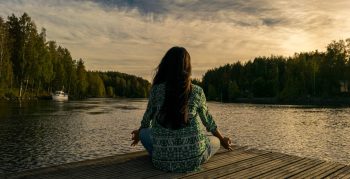