Truth to Power: 9 Journalism Movies that Tell True Stories of the Fight Against Crime and Corruption 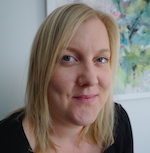 At a time when journalists are criticized, assaulted and even killed for their investigative work, it is more important than ever to shine a light on their efforts to uncover crime and corruption.

Each of these movies centers on the work of undeterred investigative journalists who seek to uncover criminal activity by the most powerful forces in politics, finance, religion, and drug trafficking.

This smart drama sheds light on a particularly dark moment for American journalism. During Senator Joseph McCarthy’s 1950s reign of terror over the media and anyone suspected of communist ties, CBS broadcaster Ed Murrow challenged McCarthy’s witch hunt tactics on national TV. It was a huge professional risk for Murrow and his team, but one that paid off – it helped put an end to the senator’s attempts to silence the press.

For another CBS host in the ’90s, getting airtime to cover a scandal that affected the health of millions of Americans became increasingly dangerous. 60 Minutes’ Lowell Bergman convinced a former employee of a Kentucky cigarette company to agree to a whistleblowing interview that would expose some of Big Tobacco’s filthiest secrets. But the show was pulled and lives came under threat before the truth could finally come out.

For Cambodian reporter Dith Pran, upholding freedom of thought itself was a matter of life or death under the devastating anti-intellectual Khmer Rouge regime. Along with New York Times colleague Sydney Schanberg, Pran put himself in grave danger to bring the horrifying truth of Pol Pot’s genocide to the world. He’s poignantly played here by fellow survivor Haing Ngor, who won an Oscar for his portrayal.

It was a meticulous process to expose the Watergate scandal that ended President Nixon’s time in office. This classic drama is an account of two Washington Post journos whose investigation brought to light a trail of corruption that led all the way to the White House and threatened America’s democratic system.

There are many who have lost their lives bringing truth to light, and this devastating drama chronicles the work and murder of one brave Irish journalist in the 1990s. Veronica Guerin’s investigation into the drugs that were decimating the youth of Dublin brought her tragically to the attention of the city’s gangs, but her death was not for nothing. A public outcry led to action from the government to bring down a criminal underworld.

In another examination of the Watergate saga that rocked America, Nixon is put on the stand through a series of controversial TV interviews a few years after his resignation. Broadcaster David Frost ensured that, although the disgraced president wouldn’t stand trial, the American people would get the confession and the apology they deserved.

In 1996, Gary Webb pieced together links between street drugs in LA and CIA-backed rebel groups in Nicaragua. But Webb’s reports in the regional San Jose Mercury News came under fire from national newspapers, and his investigations weren’t exactly well received by the dangerously powerful CIA either – but they did lead to a number of federal inquiries.

The work of The Boston Globe’s tenacious investigative journalism comes into focus in this 2016 winner of the Academy Award for Best Picture. Proving how exhausting, laborious and frustrating this work can be, the film covers the investigation into the high-reaching cover-up of child abuse within the Catholic church. It was only because of the Globe’s reporting that victims were able to come forward and justice begin to be served.

The sensational leak of the Pentagon Papers uncovered the extent of the lies told by several US governments about the Vietnam War. But as the Nixon administration attempted to gag the press, it took a huge legal battle, a contentious collaboration between two national newspapers, and a difficult decision by the owner of The Washington Post that could have ended her paper, to bring this information to the public.

Lily is a travel and entertainment writer based in Essex, UK, after six years in the Middle East. A curious soul, she’s studying for an MA in Creative Writing and recently wrote her first short film. She’s also a belief coach, hosts virtual women’s circles, dabbles with poetry and practises yoga when she’s not watching TV.